This month, a team from Chicago – including Habitat Chicago Executive Director, Jen Parks – traveled to Honduras to volunteer with Global Village. Global Village is a Habitat for Humanity service program that offers participants the opportunity to travel abroad and immerse themselves in another culture. Depending on their destination, volunteers may build homes, participate in disaster recovery efforts, complete home repairs, assist in energy efficiency projects, and work with vulnerable populations.

Honduras is a country rich in scenery, history, and culture. Located in Central America, it has a population of over 9 million people and is known for its abundant natural resources, including minerals, coffee, tropical fruit and cane sugar, as well as its growing textiles industry. Honduras consists mainly of mountains, with narrow plains along the coasts. A large undeveloped lowland jungle (La Mosquitia) lies in the northeast, and the heavily populated lowland Sula valley in the northwest. The climate varies from tropical in the lowlands to temperate in the mountains.

North and central Honduras are home to the country’s industries and infrastructure, resulting in lower levels of poverty in those areas. The effects of poverty on rural communities, however, are vast and members of these poorer communities typically live in adobe homes, lack material resources, have limited access to medical resources, and live off basics such as rice, maize, and beans.

Housing and Poverty in Honduras

In Honduras, 68.2 percent of the population lives in poverty, of which 44.6 percent live in extremely poor conditions. The housing deficit reaches 1.1 million. Throughout the country, 750,000 houses are unsafe and require improvements, and over 400,000 families need a new home completely. With low and unstable income, many urban residents are not guaranteed decent housing, let alone access to the resources needed to improve their homes. With 16% of homes in the country overcrowded, a key indicator of housing-related poverty, acquiring decent shelter is a major difficulty for Honduran families.

Although the Honduras government has social housing programs in place, the focus remains more on financing, constructing, and managing social housing rather than formulating housing policy. For low-income households living below the poverty level, qualifying for social housing assistance is a struggle in itself.

Habitat for Humanity Honduras started operations to fight housing poverty in 1989 and received legal status as a charity in 1993. Habitat Honduras is an organization whose main efforts focus on the construction and improvement of housing solutions, giving priority to the most vulnerable families in the country, in order to improve quality of life for entire communities. Currently, they partner with low-income families to improve their housing conditions through a series of loans and grants for the construction or improvement of simple, safe, and affordable homes. Habitat Honduras also offers credit and technical assistance so that families can gradually improve housing by repairing or renovating ceilings, floors, walls, toilets, and more.

National volunteerism is one of the strongest pillars of Habitat Honduras: more than 600 volunteers are integrated into the organization’s structures, including its National Assembly, National Board, Regional Assemblies, and Regional and Local Committees.
During the year, more than 100 local volunteer brigades and 20 international brigades from the United States and Canada help Honduran families build a decent place to live.

The national office is located in San Pedro Sula, and has seven regional offices covering 70 municipalities.

You can help make a difference, too, by supporting the Chicago team’s fundraising efforts here. 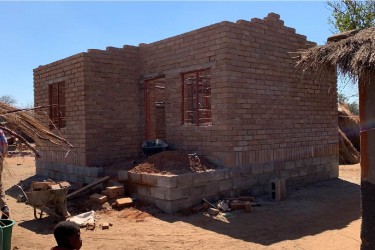