Habitat Chicago has been at work in Chicago neighborhoods for a long time, and one fact that stands out to us is that the greatest assets of any neighborhood are its people. And we’ve been fortunate to work with some incredible people. People determined to work by, with, and for their community. People who make our city the vibrant place it is to call home. 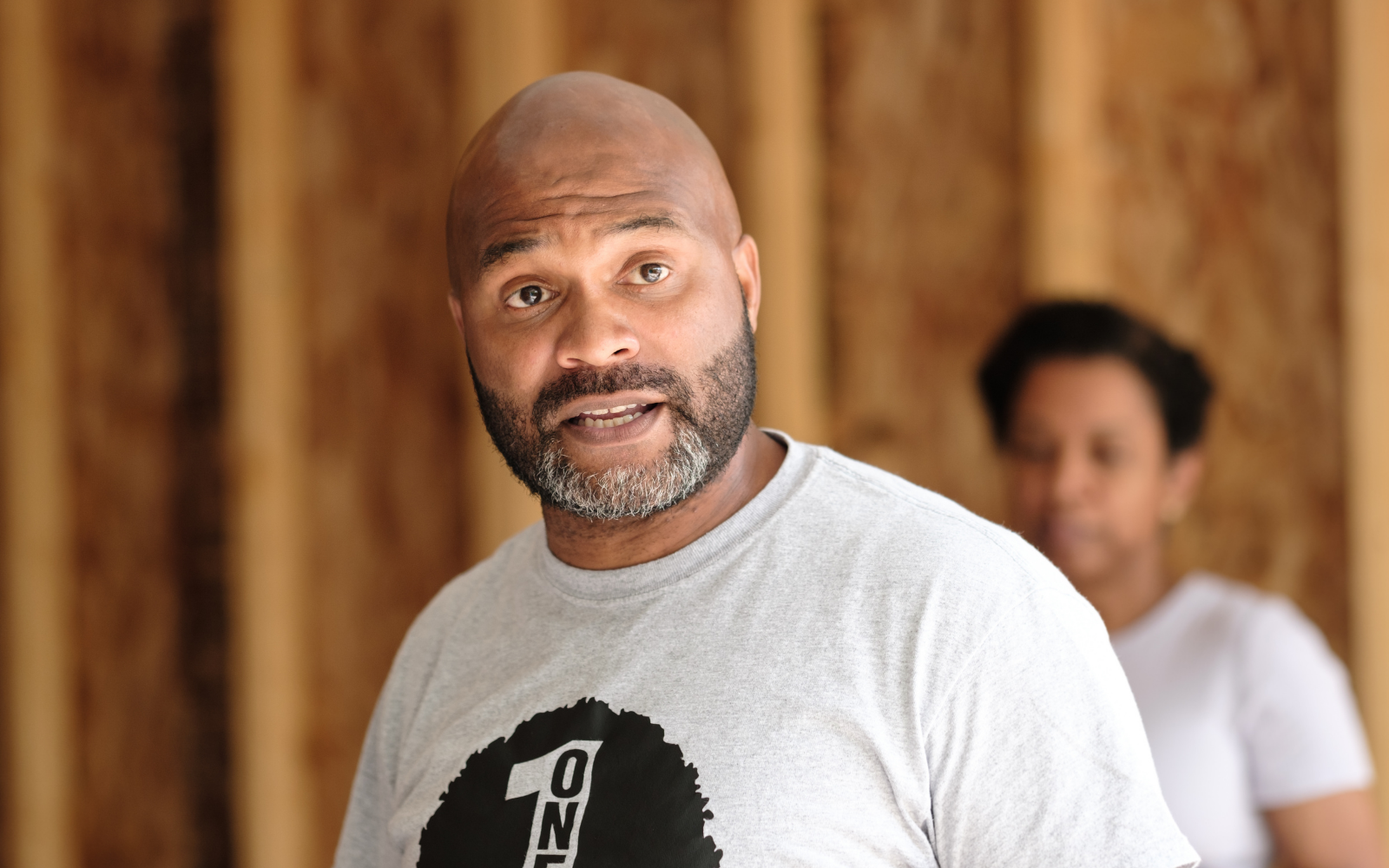 Anthony Wright and His Work in Greater Grand Crossing

Anthony was born and raised in Greater Grand Crossing, and after leaving the neighborhood when he was young, he decided to return in 2002 as the senior pastor of Just Christ Ministries. Realizing how many people, especially youth, were slipping through the cracks around him, Anthony and the members of his congregation wanted the church to be a safety net for all, offering programs that would engage people wherever they were at in their lives.

Returning to his community was not a straightforward journey, but when Anthony looked around at all the signs directing him there, he knew he was on the right path.

For example, after an opportunity fell through in another neighborhood, an unexpected door opened and led Anthony to the building where they now reside. Later on, Anthony and his group would also be able to acquire the building next door to launch the nonprofit, Ring of Hope. Another sign came when Anthony and his wife, Chondra Comer-Wright, were looking for a school to send their sons to, and the Gary Comer Youth Center opened right down the street from the church, welcoming their sons into the inaugural class.

For Anthony, these signs strengthened his conviction that he would commit himself, his church, and his social work to Greater Grand Crossing. Anthony wanted people to see someone who they could relate to making a difference in their community, standing up for it, and lifting people up. So that’s just what he did. 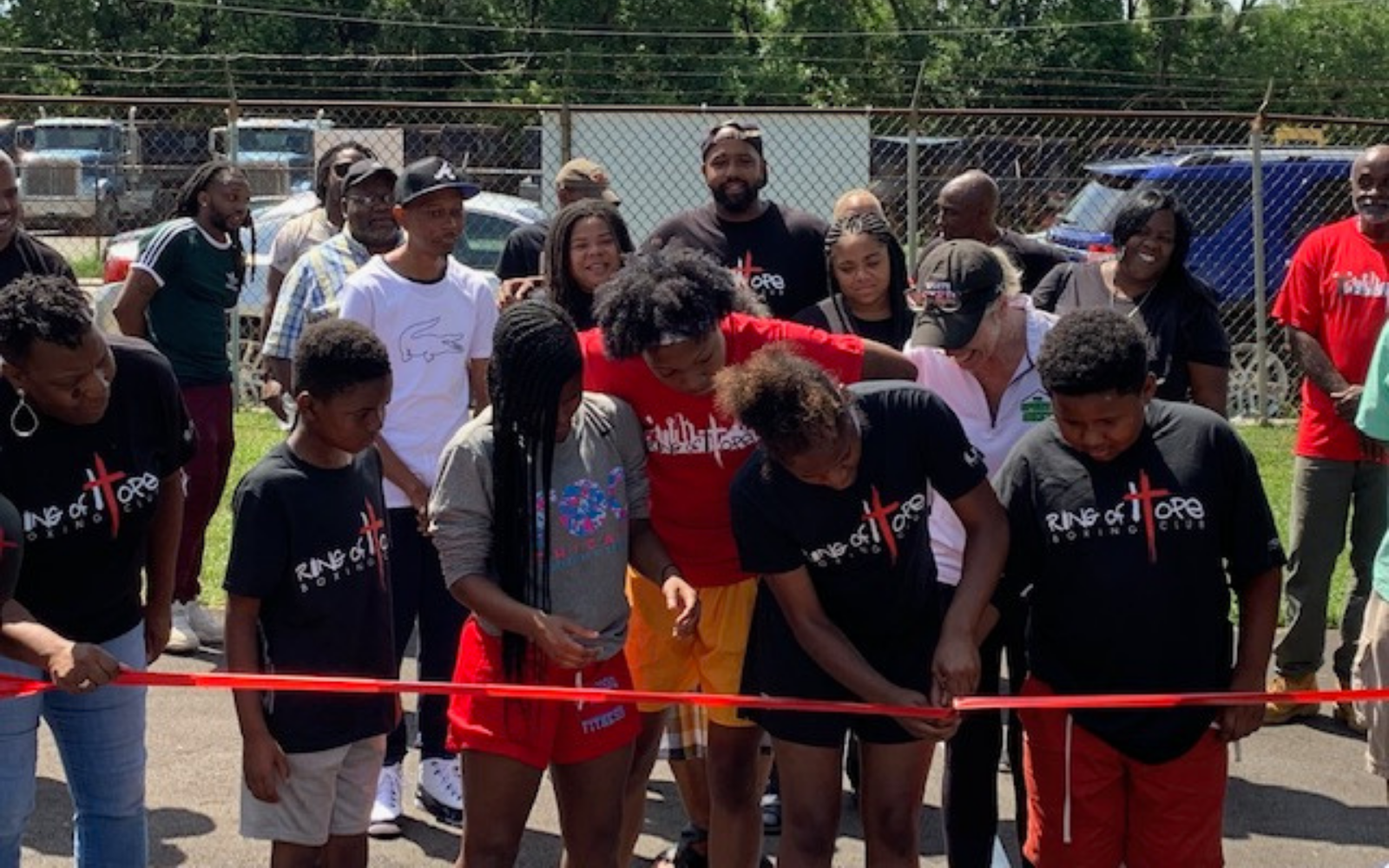 Upon returning to Greater Grand Crossing, Anthony knew that the landscape of his community had changed. He looked around and saw that people had left, homes were abandoned, and several of the mom-and-pop shops he had known as a kid were gone.

Since opening the doors of Just Christ Ministries, Anthony and his congregation have worked tirelessly to do their part in rebuilding the neighborhood. It has been a journey that has included both struggle and reward. And though Anthony always knew he was on the right path, it was not always easy.

“Sometimes it felt like there was a drought - in faith, in support, in funding,” Anthony said about his experience. He knew he was doing the right thing, but there were times where he was discouraged and unsure of his ability to affect the large-scale positive change he was seeking.

However, Anthony persevered. He continued to invite people to his church, and, knowing that not everyone is spiritual, he provided other ways of plugging people into the community too. Being a firm believer that churches should focus on all aspects of who we are, spirit, soul, and body, Anthony wanted his church to focus on a grassroots, wholistic betterment of the whole person. In the summer of 2010, Just Christ Ministries partnered with Revere Care, a local community organization, to launch a youth boxing program which later became a non-profit, Ring of Hope Youth and Family Services.

Just Christ Ministries and Ring of Hope expanded their services and launched new programs designed to reach and support more people. Together, the two groups now offer a wide range of sports programs for both youth and adults, and they recently built a community media lab, which helps youth to develop skills in digital content creation. By offering more opportunities for people to connect with one another, develop skills, and build relationships, these programs are designed to weave a social fabric of support for the Greater Grand Crossing community. In 2019, when Anthony heard about Habitat Chicago’s Neighborhood Grants Initiative, he felt that it was another sign that he was on the right path, and his faith was affirmed once more. With so much of his work being aligned with the goals of the new small grants program, it was the beginning of a thriving partnership.

With funding from the Neighborhood Grants Initiative, Anthony and his core planning group have taken on several projects to effect positive change in their neighborhood. Their project ideas have been inspiring, wide-ranging, and hugely impactful, including (but not limited to):

>> Block parties that bring their community members together and get people talking,

>> Resource distribution events that provide necessary aid and supplies to the community,

>> Community news broadcasts that engage residents and community stakeholders in dialogue around issues that are important to them, and

>> A community unity campaign designed to strategically bridge the gap between two areas of their neighborhood that have historically been divided.

Through these projects, Anthony and his fellow leaders are building a net that catches people and plugs them into the community, so that they can make sure no one falls through the cracks and that everyone has a way to join in on the conversations.

About these projects and his experience with the grants program, Anthony said: “These grants have reignited my passion to continue the work we started AND to do new ideas. The grants breathed life back into us to continue doing the work that we set out to do."

For Anthony, the launching of the grants program confirmed that he should stay his course and that good things are still yet to come. As a community, this group is focused on breadth of programming, but also longevity. Their work includes both iterative and localized improvements that build momentum, as well as long term goals that guide their future direction.

Big plans on their horizon include building a counseling and mental health facility on the South Side and consolidating their sports programming under one roof. Habitat Chicago has been proud to be a partner in their endeavors, and to see the progress they are making for the Greater Grand Crossing community. 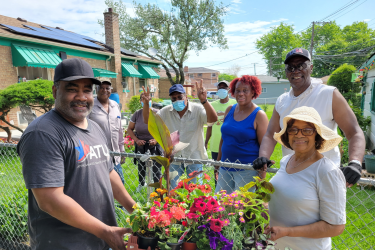 The Neighborhood Grants Initiative provides direct funding opportunities for you and your neighbors in West Pullman and Greater Grand Crossing to work on community-oriented projects together.

Stay updated on the Neighborhood Grants Initiative by signing up for our program’s interest list. Once you’re signed up, we will send you periodic application tips and reminders.